One evening, after a random dinner meetup, N asked if X and I were interested in a road trip down south during the golden week, a combination of public holidays in late spring. As non-drivers, we would be crazy to say no, so a few weeks later, we found ourselves on the road and caught in a major traffic jam.

No one leaves Jeonju without first having bibimbap—a bowl of rice cooked with bean sprout and served with assorted namul (seasonal vegetables that are sautéed and/or seasoned), gochujang (hot chilli paste), meat and egg yolk—so we decided to start our road trip with a meal in Jeonju at Honamgak where we also had bulgogi, another signature Korean dish. The right way to eat bibimbap, literally ‘mixed rice’, is to mix the rice thoroughly with the spoon before digging in.

Korean food is all about the oriental belief that good food is great medicine and that nutritional balance is key, which is why Korean food is mostly aesthetically appealing with a combination of healthy ingredients in different colours. Bibimbap is no exception and it is an excellent example of this philosophy, although the ingredients are not what anyone would call extraordinary. But that is exactly the beauty of it—goodness in the simplest and most affordable ingredients.

What makes Jeonju bibimbap different from the ones typically seen in Seoul is that they are usually served in brass bowls, which means you won’t get that crispy rice that you get with dolsot bibimbap (stone pot mixed rice) when you let the rice sit for a minute or two. I tried looking up for more information about bibimbap and why Jeonju is known as the hometown of bibimbap, but little has been said about that in English, so I decided to put my Korean skills to good use.

It is said that bibimbap used to be a royal cuisine that was later passed on to the commoners, and that according to records, the locals in Jeonju have started enjoying bibimbap approximately more than 200 years ago. Bibimbap has seen a change of name about a few times over the years and was initially known as 골동지반 (骨董之飯) in the mid-1800s, 부빔밥 (bubimbap) from the late 1800s and then finally 비빔밥 (bibimbap) from the mid-1900s. If you’re interested to know more and can read Korean, you can actually read up more about Jeonju here. 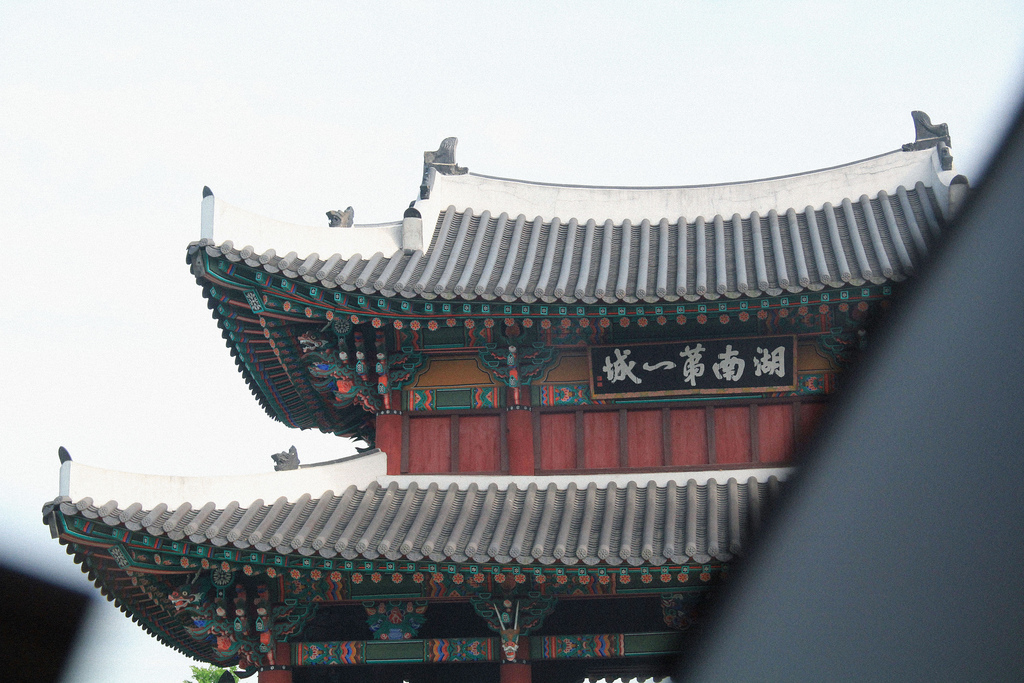 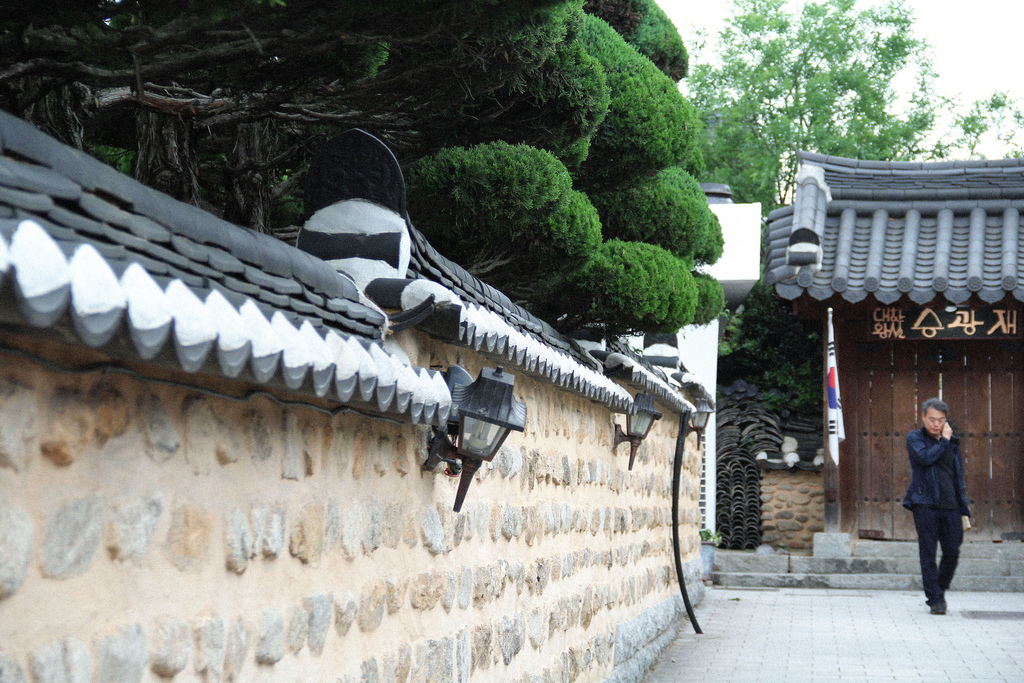 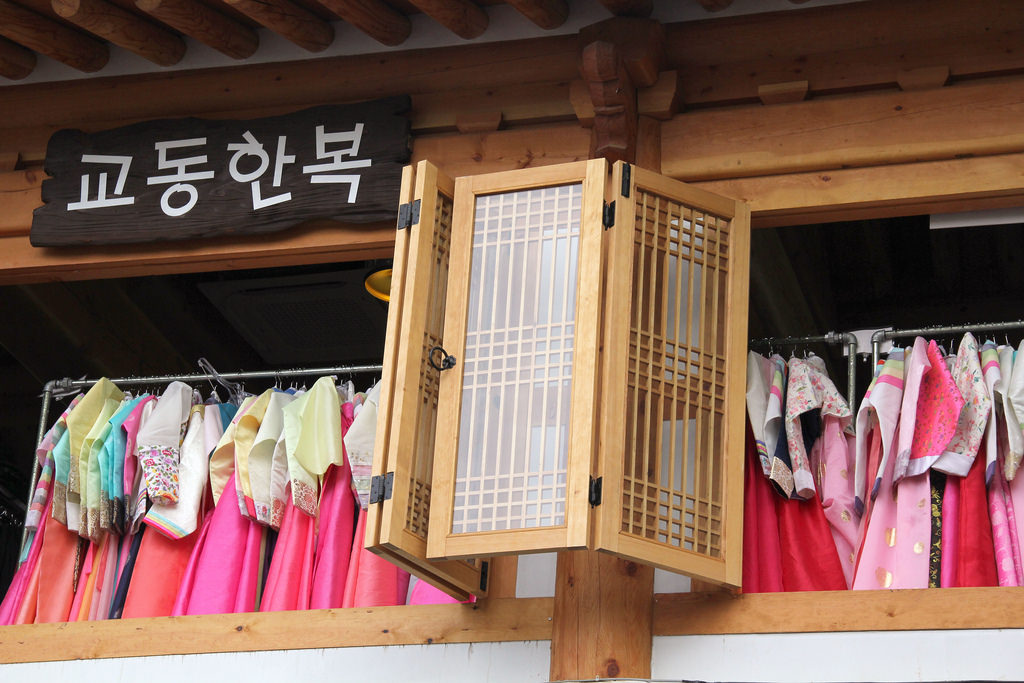 Many often refer to the 한옥 (hanok, or traditional Korean houses) village here as the Bukchon Hanok Village in Jeonju, but what that does is underrate the history and scale of Jeonju Hanok Village, which has over 800 hanok houses that survived the Japanese colonial rule.

Learning about the science behind the architectural designs of hanok while completing level 6 in Yonsei KLI completely changed my view of what seemed like just a variation of traditional houses in East Asia. Besides the fact that the windows, roofs and floors are designed to keep the house cool in summer and warm in winter, what is unique to hanok is the utilisation of ondol, an underground heating system that is unique to Korea.

It is a pity we came over during the peak season and had little time to explore more. We also had to give the 초코파이 (choco pie) a miss, as the queue for it was way too long. Another time, we said.

Green tea made its way to the Korean culture in the 9th century AD and it has come a long way, but it was only in the 1930s that the Japanese colonists saw the potential of Boseong and developed a commercial green tea plantation in the area.

I was introduced to this green tea plantation by a classmate who talked about it in class the summer before, but I wanted to travel down south to Boseong in spring, which is supposedly the prime season. Green tea is the only tea I enjoy drinking, so I was really excited to come to the plantation on this road trip. It happened to be the Boseong Green Tea Festival, so there were many hands-on activities such as roasting your own green tea leaves.

A good friend of mine, who was here just a week or two before I was, recommended that we have lunch at the only restaurant at the entrance of the green tea plantation because everything in the menu has green tea in it, e.g. green tea noodles, green tea rice, green tea scallion pancake. 녹돈 삼겹살 (nokdon samgyeopsal), a dish unique to Boseong, are sliced grilled pork belly made from pigs fed with green tea leaves. The food didn’t live up to expectations because honestly, it was mostly just sprinkling green tea on typical Korean dishes, but it wasn’t too bad either.

Though raw acorns are poisonous, the Koreans have found a way to incorporate it into their diet by cooking them, and then making them into acorn jellies known as 도토리묵 (dotorimuk), usually served as a 반찬 (banchan, or side dish) and seasoned with soy sauce, sesame oil, gochujang or the like. The side dish originated in the mountainous areas of Korea, where oak trees and hence acorn are in abundance during autumn. 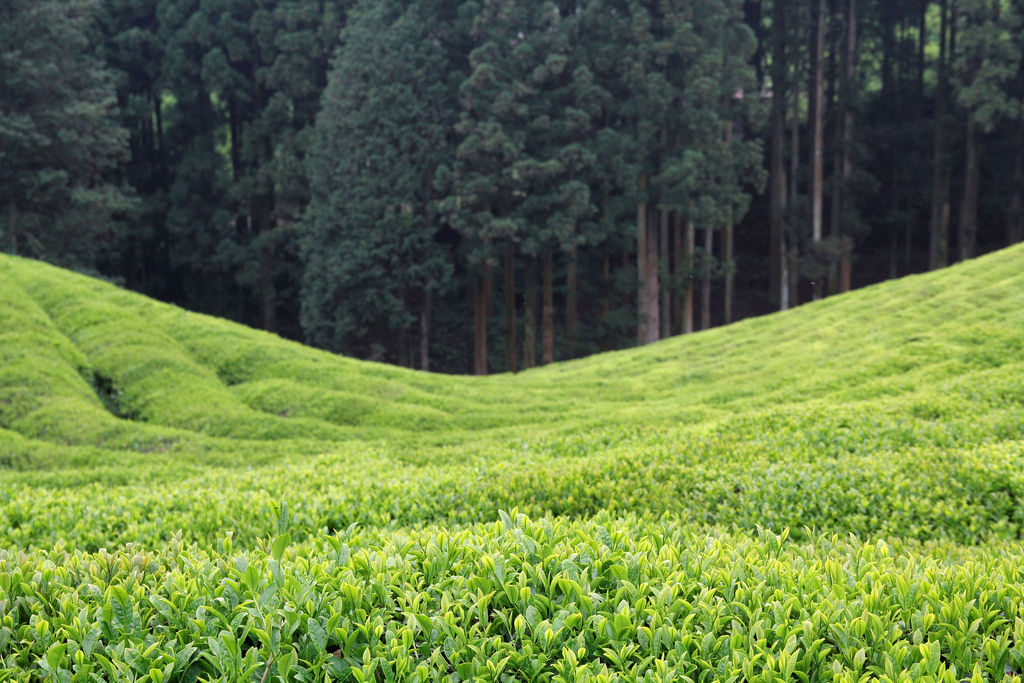 Coming here in late spring seemed like the best idea, as we found ourselves sauntering down the paths in the lush green tea fields. The view from the top of the hill would have been majestic, but we had a schedule to follow, so we left midway to head to our next destination.

One of Suncheon’s renowned dishes is grilled eels and while I love my Japanese unagi don (grilled eel rice), I wasn’t a fan of the grilled eels we had here, plainly because it hadn’t been deboned. Our Korean friend said that we could easily find deboned grilled eels (that tastes better) in Seoul and that it was her first time having such bony grilled eels as well.

It was a pain to eat them, but I am sure people who love their fish with bones would love them. This was also my first time having 간장게장 (ganjang gejang or soy sauce marinated raw crab), a traditional Jeolla cuisine and a representative dish of Yeosu.

According to Korean traditional medicine, crab has a cold nature that could cool one’s body temperature, so gejang is believed to be good for driving away the spring fever.

There are different types of gejang (marinated raw crabs), which has been around for at least four centuries, but I have no idea how to enjoy them. Also known as a 밥도둑 (bap doduk, meaning ‘rice thief’), these dishes are meant to be eaten with rice as it is usually too salty to be eaten on its own. You will be sure to request for another bowl of rice to go with them because it is addictive like that and hence the name. 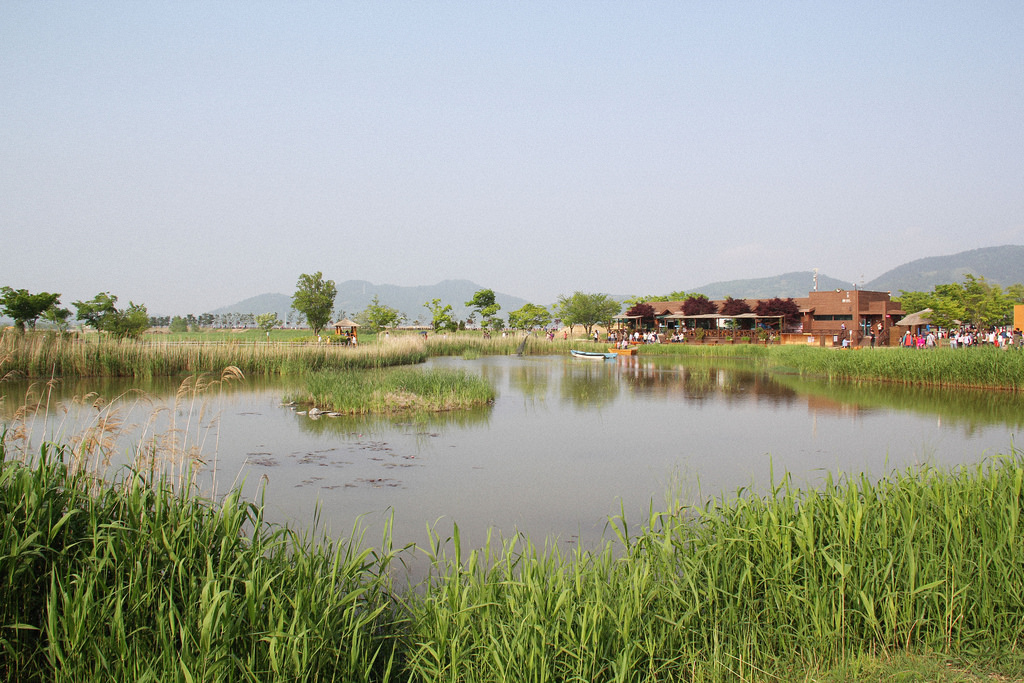 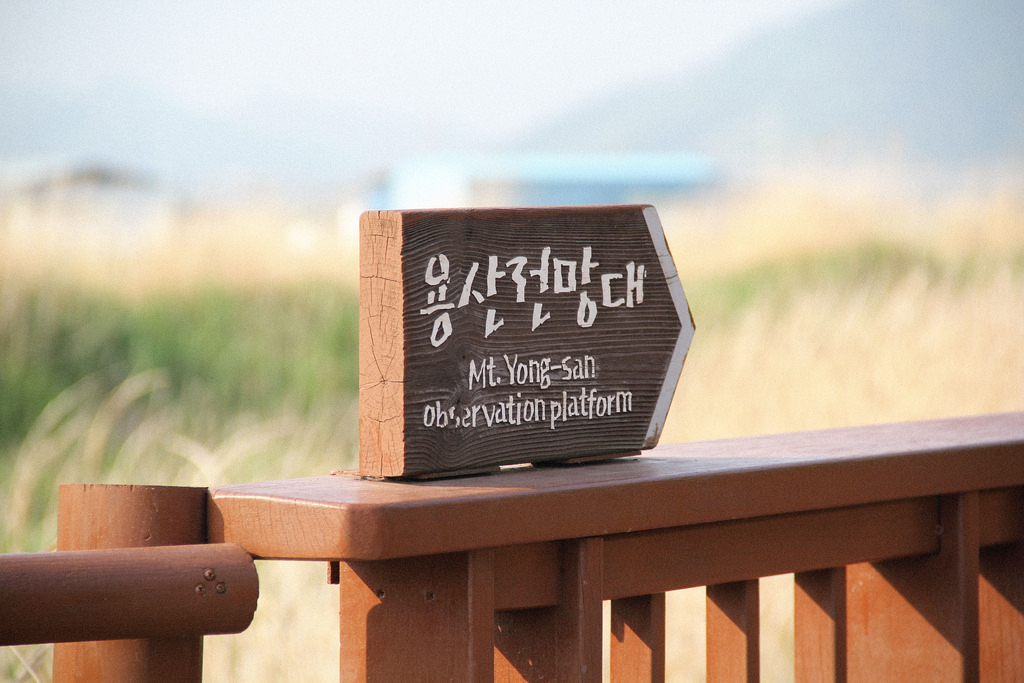 There were a few places in Suncheon that we’d wanted to visit, but getting stuck in the traffic meant we only had time for one, so we settled on Suncheonman Bay Wetland Reserve, which is known for its field of reeds that can be taller than full-grown men, as well as the occasional appearance of rare birds.

The beautiful sunset is also something this wetland reserve is known for.

Some of the other places of interest that I had wanted to visit in Suncheon are: 순천 드라마 촬영장 (Suncheon Open Film Location)—the largest film set in South Korea—and 낙안읍성 (Naganeupseong Folk Village), where there is a town castle and many traditional straw-roof houses.

Next time, I guess. 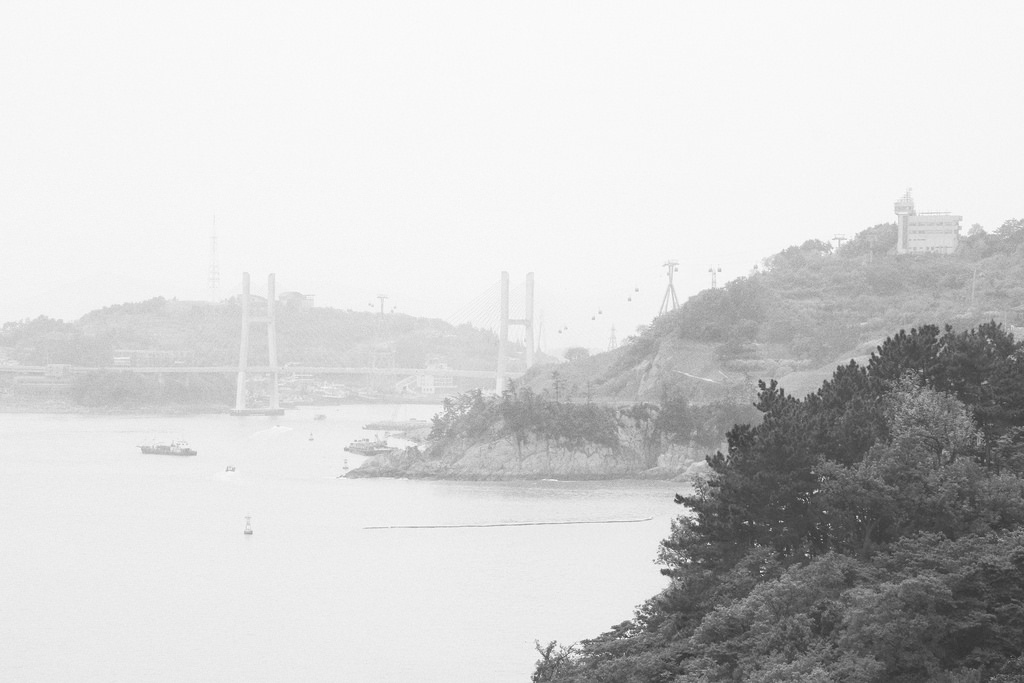 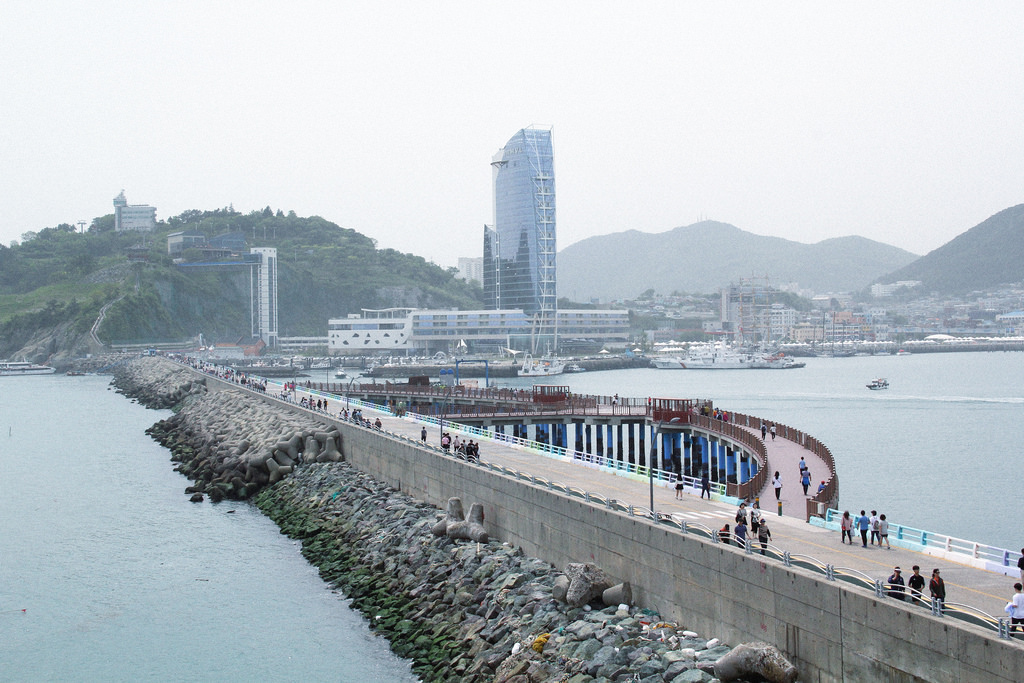 Odongdo is marketed as one of the top ten most beautiful places in Yeosu and it was selected as one of Korea’s top 100 beautiful roads. Unfortunately, if Odongdo is one of the most beautiful places in Yeosu, then Yeosu probably looks better in photos than in real life. That said, the breakwater that connects Yeosu Port to Odongdo was a nice walk with interesting artwork on the walls. It might be better to come in March, where the island is decorated with over 3000 camellia trees in full bloom. There is perhaps also something special about the night view in Yeosu as well, given how there is a song written about the night sea in Yeosu. But as of this trip, we weren’t really impressed by Yeosu, as much as we were by the other cities we visited. 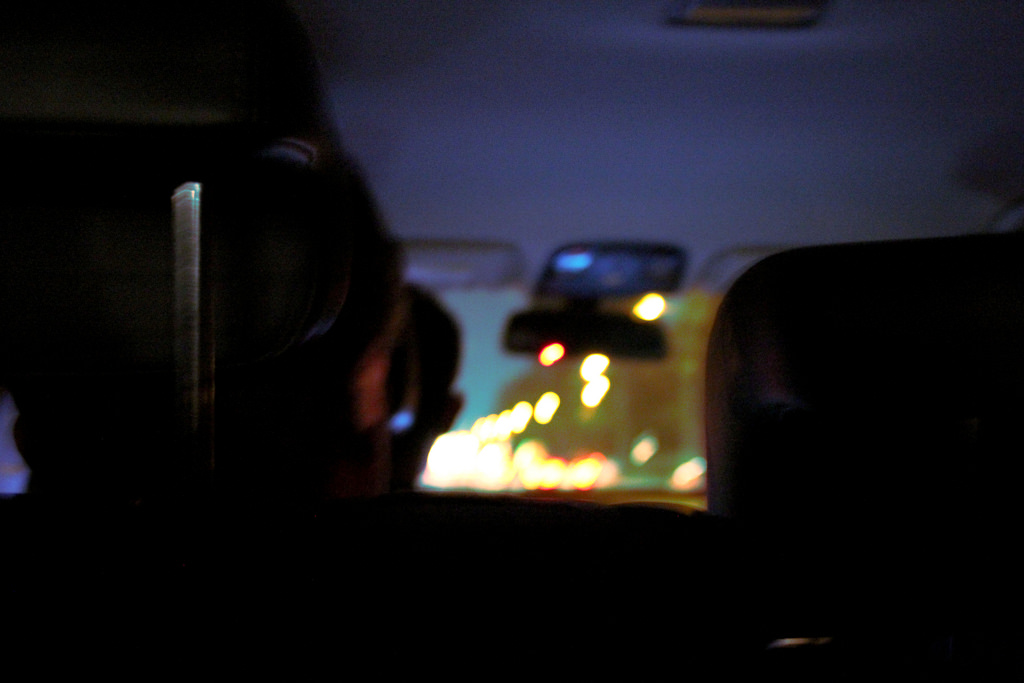 It must have been a tiring trip for N and W who drove (and H who helped with navigation), while the rest of us non-drivers could take some shut-eye on the road. Driving might be more convenient, but I’m sticking to slow travel and travelling by buses in South Korea. Not that I have a choice, actually.